The Toronto Raptors are paying a visit to the Orlando Magic for consecutive games, starting with a Friday night showdown at Amway Center. The two teams recently played on Dec. 3, with the Raptors pulling out a 121-108 home victory. 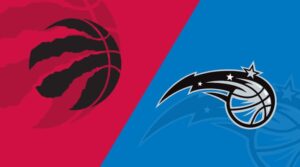 The Raptors tore apart the Magic last week in their first meeting of the season, shooting a season-best 56 percent from the field. O.G. Anunoby matched his season high with 32 points, and Pascal Siakam contributed 26 points and ten rebounds for Toronto. It was a necessary bounce-back performance from the Raptors.

Otto Porter Jr. (toe) won’t take the field against the Magic on Friday.

Porter’s left foot’s dislocated toe will prevent him from playing in his 11th straight game. The veteran forward’s next opportunity to play will be against the Magic on Sunday, but a timeline for his return is not yet available.

With hamstring tightness, Harris has missed the last three games, Suggs is out until at least mid-December due to an ankle injury, and Carter Jr. is anticipated to miss the remainder of the month due to a foot injury.

Without these three, there will be extra pressure on Orlando’s young group to pick up the slack.