On Wednesday, the Brooklyn Nets will look to get back in the win column when they host the struggling Charlotte Hornets. On November 22, Brooklyn defeated the Hornets 98-94 in Charlotte. Will they be able to win two games in a row? 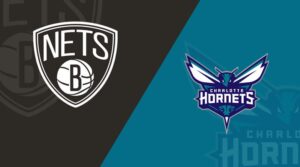 Despite the fact that it is still early, the Charlotte Hornets appear to be on their way to the lottery. They have now dropped two consecutive games and are 7-17 on the season. They are currently 13th in the conference, 12.5 games behind the first-place Boston Celtics.

LaMelo Ball, Gordon Hayward, Dennis Smith, and Cody Martin have all been sidelined for the Hornets.

Ball (ankle) will not play against the Nets on Wednesday.

A sprained left ankle will keep Ball out for the ninth time in a row. The 21-year-old has only played in three games this season and has yet to be assigned a return date.

Because Dennis Smith (ankle) is also out, Terry Rozier and Theo Maledon will fill in at point guard.

According to Shams Charania of The Athletic, Gordon Hayward will be out for the foreseeable future due to a fractured left shoulder.

Dennis Smith will miss his fifth straight game due to a sprained left ankle. LaMelo Ball (ankle) is also out, so Charlotte will continue to rely on Terry Rozier, Bryce McGowens, and Theo Maledon in the backcourt.

The drama appears to be behind the Brooklyn Nets for the time being. The coaching situation is set, at least for this season, with Jacques Vaughn at the helm, and Kyrie Irving is back in the fold and appears to be focused on basketball.

They’re also getting stronger, with TJ Warren returning to the court and Seth Curry on the rise.

Ben Simmons is still out and a major question mark; at this point, he appears to be a supporting player.