The Cleveland Cavaliers (17-10) will be looking for their second consecutive victory when they face the San Antonio Spurs (8-18) on Monday night. The previous ten meetings between Cleveland and San Antonio were split. 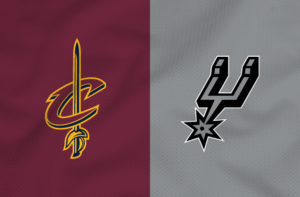 The Cavaliers defeated the Thunder in their most recent game to avenge their loss in Sacramento. They’ll try to maintain their momentum with a win over the Spurs, their third in four games.

Donovan Mitchell (lower leg) is questionable for Monday’s game against the Spurs.

Mitchell has missed the last two games due to soreness in his right lower leg, but he could be back in the lineup on Monday. If he remains out, Caris LeVert will most likely start.

Kevin Love (back) is questionable for Monday’s game against San Antonio.

After missing the previous two games due to a back injury, Love will be able to play again. Cedi Osman, Lamar Stevens, and Isaac Okoro will almost certainly see increased playing time if he is sidelined.

After an 11-game losing streak, the Spurs have won their last two games. They will try to maintain their momentum by defeating the Cavaliers for the third time in a row.

According to Paul Garcia of ProjectSpurs.com, Keita Bates-Diop (foot) has been ruled out of Monday’s game against Cleveland.

Due to a foot injury, Keita Bates-Diop will miss his third game in a row. Malaki Branham and Romeo Langford will be considered for expanded roles while Bates-Diop is out.

According to Paul Garcia of ProjectSpurs.com, Jakob Poeltl (knee) has been ruled out of Monday’s game against the Cavaliers.

Jakob Poeltl will miss his sixth consecutive game with a knee injury. For the duration of Poeltl’s absence, Zach Collins is expected to start in his place.

Sochan has been out the last five games with a right quadriceps contusion, but he could return on Monday. Malaki Branham and Isaiah Roby are likely to see increased playing time if he remains out.