Both Paul George and Marcus Morris will be out against the Thunder, according to the NBA’s official injury report. 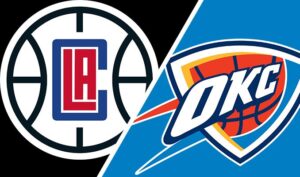 In addition to the two mentioned above, the Clippers were also without Moussa Diabate and Jason Preston due to G-League obligations.

Marcus Morris, for example, tweeted earlier that his father had died, so that’s most likely why he’s not playing. Markieff Morris, his brother, is also out for the Brooklyn Nets’ game against the Memphis Grizzlies.

The Clippers are clearly a team with depth, but they desperately need more consistency on the court. The team employs so many different lineups and rotations that it is difficult to determine what their dedicated lineup is during any given game. The sooner the Clippers can establish a consistent starting lineup with Kawhi Leonard and Paul George, the better.

The Clippers are fortunate in that the Oklahoma City Thunder are one of the NBA’s only winless teams.

Although tank injuries are unavoidable, we are not yet at that point. The absences of Shai Gilgeous-Alexander (hip) and Josh Giddey (ankle) are due to bad luck rather than strategy.

It’s also not ideal that Jalen Williams (orbital bone fracture) is still out there keeping Chet Holmgren (foot) company while he watches every game this season.

Los Angeles can beat them even without Paul George, but they’ll have to play much better than they have in the last three games. So far this season, the Clippers have won solely on the strength of their talent.

With the absence of many key players, the match is unlikely to take place openly and attractively.