Kevin Durant is in great shape and will be crucial to the Nets’ success this season. They’ll be looking to build on last night’s win when they host the Bulls. 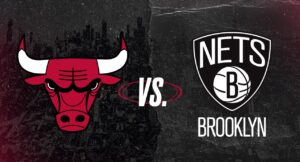 The Nets won their second game of the season despite a lot of talk off the court, but they rallied and held off a strong Indiana Pacers team to secure a much-needed victory.

The Nets appear to be a little more energized as a result of Durant’s 36 points and Kyrie Irving’s 28 points. The Brooklyn Nets are attempting to compete in the tough Eastern Conference.

Will Durant play against the Chicago Bulls after only playing one night ago?

Based on the most recent injury reports from the Brooklyn Nets, KD will most likely play in the game. He appears to be in positive spirits, and nothing suggests otherwise.

The Brooklyn Nets are two-point home favorites against the Chicago Bulls on Tuesday night. Lonzo Ball has yet to return from his knee injury, and he hasn’t played in quite some time.

The Bulls will also be without Andre Drummond, and the health of Ayo Dosunmu, Zach LaVine, and Coby White is in doubt.

Brooklyn, on the other hand, was without Seth Curry and Ben Simmons on Monday, and there has been no word on whether they will be available on Tuesday, the second night of the Nets’ back-to-back.