All-star small forward Khris Middleton has not played a game for the Milwaukee Bucks since April 2022 of last season. Middleton injured his knee in the playoff series with the Chicago Bulls and wasn’t able to return for the series against the Boston Celtics and has dealt with an off-season wrist injury that is currently holding him out of games. 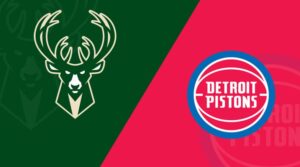 Middleton was slated to miss the first three weeks of the season after having off-season left wrist surgery.

Although the Bucks are undefeated out of the gate, their are times when there is a glaring hole on offense without him, specifically when the teams shooting goes cold. This is when the Bucks desperately miss his shooting, scoring and even his defensive prowess.

Khris Middleton is clearly the second best player on the Milwaukee Bucks, and his importance of the team has never shown stronger than in his absence.

The Milwaukee Bucks can pretty much always count on 20 points, 5 rebounds, 5 assists when Middleton is healthy. He is also the teams best shot creator, obviously an elite shooter, is a very good playmaker and a solid wing defender, not to mention an underrated passer, Khris Middleton and Giannis Antetokounmpo are an absolutely lethal pick and roll combination.

Connaughton will be out for three weeks due to a right calf strain, according to Shams Charania of The Athletic.

According to Eric Nehm of The Athletic, Bucks general manager Jon Horst stated on Sunday that Ingles (knee) will be able to return sometime in January.

According to Omari Sankofa II of the Detroit Free Press, coach Dwane Casey stated on Sunday that Bagley has been doing 1-on-1 work and is on track to return soon.

Burks (foot) will not play against the Warriors on Sunday, according to The Athletic’s James L. Edwards III.