The Cleveland Cavaliers (6-1) will look to extend their six-game winning streak when they visit the Detroit Pistons (2-7) at Little Caesars Arena on Friday, November 4, 2022. It airs on BSOH and BSDET at 4:00 p.m. ET. 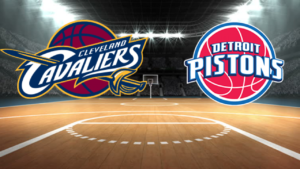 Following back-to-back losses to the Milwaukee Bucks, the Pistons will need to regroup for this game. Meanwhile, Cleveland is on their way to the top of the Eastern Conference after a nail-biting 114-113 victory over the Boston Celtics.

Raul Neto (ankle) is listed as questionable for the Pistons game on Friday.

Due to a left ankle sprain, Donovan Mitchell is questionable for Friday’s game against Detroit.

Windler will miss Friday’s game against the Pistons due to an ankle injury.

Garland had been out for the previous five games due to an eye injury.

Last season, he averaged 21.7 points and 8.6 assists per game, making him one of the team’s best players (and he made the All-Star Game last season).

The Pistons’ seven-game road trip continues with a matchup against the 6-1 Cleveland Cavaliers.

Cleveland has two All-Star guards in Darius Garland and Donavan Mitchell, as well as elite rim protectors in Jarrett Allen and Evan Mobley, so this will be a difficult matchup on all fronts.

Following back-to-back losses to the Milwaukee Bucks, the Pistons will need to regroup for this game.

According to Mike Curtis of The Detroit News, Alec Burks (foot) will not play against the Cavaliers on Friday.

Jalen Duren (ankle) is expected to play against Cleveland on Friday.

Bagley has been doing 1-on-1 work, according to coach Dwane Casey, and is expected to return soon.