Mitchell is currently playing some of his best basketball of his career, and a healthy Garland off the bench will only help this offense reach new heights. 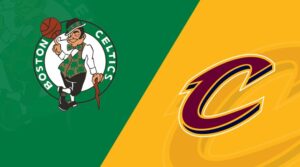 The Cleveland Cavaliers beat the Boston Celtics in overtime last Friday, and they play again tonight, this time in Cleveland. Both teams played on Sunday and have had a few days off since, so they should be energized and ready to go.

The Cavs are 5-1 in their first six games of the season, and they appear to be one of the best teams in the league, which is impressive given their lack of Garland.

They have a five-game winning streak and have won every game since falling to the Toronto Raptors in the season opener.

Darius Garland, the All-Star point guard, injured his eye in the first game of the season and has missed the last five games.

Garland is listed as questionable for Wednesday’s game against the Boston Celtics in Cleveland.

Last season, the former Vanderbilt star averaged 21.7 points and 8.6 assists per game, so Garland and Mitchell’s backcourt is expected to be among the best in the NBA.

Mitchell has been outstanding in his first six games with the Cavaliers.

Mitchell has never missed the NBA Playoffs in his five seasons in the league, while the Cavaliers haven’t made the playoffs since the 2018 season (when they had LeBron James).

The Celtics will enter the game with a 4-2 record in their first six games of the season.

The Celtics have the experience and star wing, but the Cavs have their own MVP candidate and are playing at home. They’re going to take the 1.5 and run with it.

The Celtics have yet to release an official injury report, raising the possibility that they will field their strongest team.