Paul George of the Los Angeles Clippers has been ruled out of Monday night’s game against the Utah Jazz due to a right hamstring tendon strain, according to Jazz radio voice David Locke. 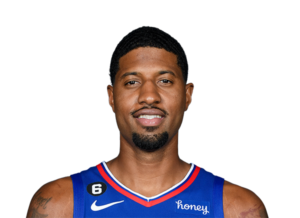 George had appeared in all but one of the Clippers’ games this season prior to tonight’s game.

George was initially listed as ‘questionable’ for the game, but he was ruled out shortly before kickoff.

What exactly is Paul George’s injury?

George was initially doubtful due to knee pain but was later ruled out due to a right hamstring tendon strain.

He was injured during the Clippers’ victory over the Spurs on Saturday, and while it’s unclear when the injury occurred, George did not return to the court after halftime.

How long will Paul George be OUT?

It’s unclear whether the hamstring injury will force him to miss any more games, but Terance Mann and Norman Powell are likely to see increased playing time with George out.

George’s next opportunity to play will be against the Warriors on Wednesday.

According to The Athletic, George is currently considered day-to-day with the injury and will be re-evaluated in the coming days.

The Clippers will play the Warriors in the Bay Area before returning home for two games.