The Atlanta Hawks face off against the Dallas Mavericks in Dallas on Wednesday. Both teams won one of two meetings last year, but they haven’t faced off yet this year.

The latest injury status of Luka Doncic and Josh Green 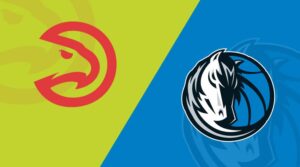 Currently, the Atlanta Hawks are on a winning streak. The team has won three in a row, evening their record at 22 wins and 22 losses.

After road victories against Indiana and Toronto, the Hawks clinched their three-game winning streak with a 121-113 victory over the Miami Heat on Monday.

Against the Heat on Monday, the Hawks were at their best, shooting 59% from the field and 48% from deep. Trae Young scored 24 points and dished out 8 assists to lead the offense.

The Hawks are ranked 11th in scoring offense but allow the 20th most points per game.

The Hawks have avoided any serious injuries thus far.

It’s been a rough year for the Dallas Mavericks, who are currently winless in a row.

The Mavericks have lost four of their last five games, dropping them to 24-21 on the season and fifth place in the Western Conference, seven games out of first.

They just returned from a rough weekend in Portland, where they dropped both games.

Adrian Wojnarowski of ESPN reports that Green (elbow) will play against the Hawks on Wednesday.