The Memphis Grizzlies will play the Toronto Raptors in Toronto. This will be the first meeting between these two teams during the regular season. 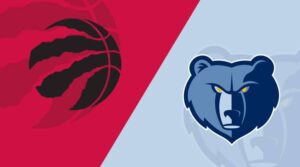 On the Raptors injuries report, Christian Koloko (Knee) and Fred VanVleet (Back) are both listed as questionable. Precious Achiuwa (Ankle) and Otto Porter Jr. (Toe) are both out for this game.

Meanwhile, both Vince Williams Jr. (Hip) and Danny Green (Knee) are listed as questionable for Grizzlies.

Siakam has been on a tear recently, surpassing the 30-point plateau in three of his last four games. He has averaged 28.8 points, 8.0 rebounds, 6.5 assists, and 1.1 steals in 13 December games while shooting 48.7 percent from the field.

Morant struggled with his shot on Tuesday, but he was one of the few Memphis players who scored in the loss, with only he and Desmond Bane (14 points) reaching double figures. Morant made up for his inefficiency on the floor by shooting 15-for-16 from the charity stripe, while also dishing out a team-high six assists.

The superstar point guard has scored at least 34 points in three of his last four games, and he is averaging 27.1 points per game this season, which is just a smidgeon less than his career-high 27.4 from last season.