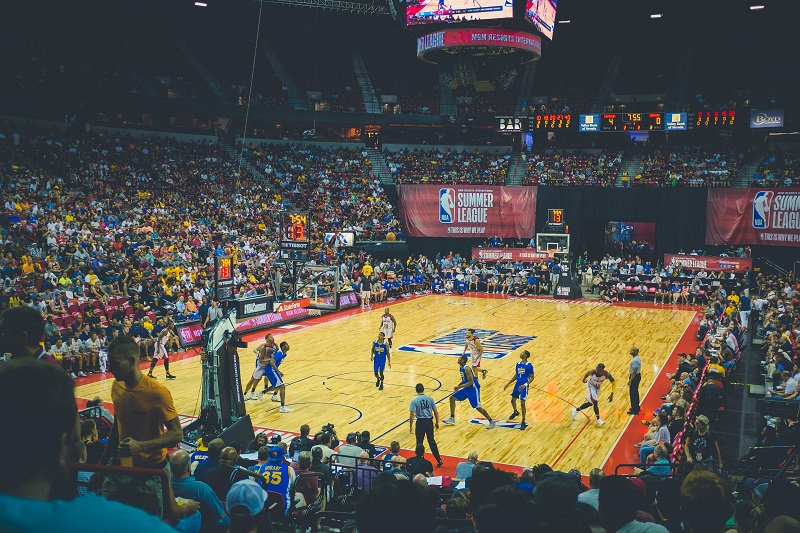 As the 2022 NBA draft closed last June 23, 2022, in Brooklyn, New York, it’s time for the drafted and undrafted rookies to showcase their talents and skills this NBA Summer League 2022. This off-season tournament consists of 75 games within 11 days where teams face off with their new rookies and lineups that they can potentially use in the regular season.

This year’s Summer League is full of promising players from different parts of the world. With its vast talents available within the league, matchups and new lineups show a light that they are ready for the ultimate competition, the NBA itself.

To get to know some future basketball stars, here are some of the top prospects in the NBA Summer League 2022.

First on the list is the second pick of the NBA Draft Chet Holmgren from the Gonzaga Bulldogs. He is a 7-footer center/power forward with superb talent in different aspects of the game. When it comes to playing under the basket, he plays and rebounds well. Also, he has a good touch with the ball, scoring quickly inside, and has a good stroke from the three-point area.

In addition, he also has a good basketball IQ as he can finish the rim by making the right decisions. Moreover another notable skill for this player is his ball handling. Considering he’s a 7-footer, it’s rare to see basketball players handle a ball well across the court.

People might think he will be bullied away due to his lightness when it comes to defense, but he can defend the rim and gain big-time blocks. With this type of skills in his arsenal, he can impact the team he’s drafted on, making it the best bet on sports basketball.

Do you remember Charles Barkley? If you do, you can see it in this year’s rookie Kenny Lofton Jr. He is a known power forward during his time with the Louisiana Bulldogs with his strong skills under the rim.

Like Charles Barkley, he is a type of player who dominates inside with a massive weight weighing 127 kg, similar to Charles. Though some people might think he will gas out quickly, he owns his opponents when it comes to rebounding and scoring.

With his strong post moves, he can efficiently utilize his weight to his advantage, bringing down strong opponents in his position as he powers his way through the rim to score. In addition to his rebounds, he excels at positioning himself below the rim to grab some rebounds, boxing out his opponents.

Kenny is a one-of-a-kind player bringing the old-school basketball style back to the modern era. His playstyle fits perfectly with Memphis Grizzlies as it is known for its defense and strong rebounding team. Surely the franchise will benefit a lot from him.

Yes, you’ve read it right, the son of one of the best players in NBA History, Scottie Pippen. Unlike his father, who plays small forward, he plays the point guard position. With his exceptional ball handling and court vision, he can execute no-look passes that can fake out the opponent with his craftiness.

In addition, he also has an efficient finisher at the rim and has a good stroke in 3-pointers, making him a threat outside and opening a lot of space for his teammates. Also, he has a good basketball IQ as he can make intelligent decisions on the run during fastbreaks making his team score easily.

Now he’s part of the Showtime Lakers; there is no limit to what he can do with his team as his skills today are similar to Magic Johnson; he can be the next big thing.

Fourth on the list is the first pick of the NBA draft, Paolo Banchero, from Duke Blue Devils. With his athleticism, Paolo can finish strong at the rim. Also, with his soft touch and footwork, he can quickly lose his defenders inside for an easy basket.

In addition, due to his profound skillsets, he can be considered a multidimensional scorer as he can get baskets anywhere on the court. Now that he’s with the Orlando Magic, it’s just the beginning for him as it can continue to grow, making him a good prospect for the future of the NBA.

Last on the list is Jabari Smith from the Auburn Tigers. He is the third pick in the NBA draft by the Houston Rockets. He is a top player due to his beautiful pull-up jumpers that have a high percentage leading to baskets either by two or three.

Lastly, with his exceptional footwork, he can pressure ball handlers forcing turnovers or blocking alongside his active hands. Considering his draft with the Houston Rockets, he can be a threat in the NBA with his deadly daggers and jumpers.

The future of the NBA is in the good hands of these young basketball players. With their talents and passion for the sport, they can showcase and grab the opportunity to compete on the big stage. The NBA Summer League is just an appetizer, as it prepares them for the main course in the regular season, where the real competition starts. As their journey is still starting, their natural talent will unfold soon.