Both the Tampa Bay Buccaneers and the Baltimore Ravens have released their final injury reports for Thursday night’s game, and both lists feature a slew of big names on both sides of the ball. 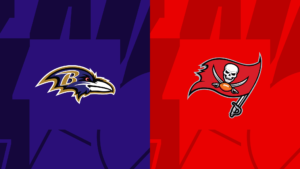 Bateman (foot) returned to full practice on Wednesday after missing the previous day. He is expected to play against the Buccaneers despite being listed as “questionable.”

Rashod Bateman returned to fantasy football owners last week, but he is listed as “questionable” for Week 8’s Thursday Night Football matchup in Tampa due to a nagging foot injury. As is always the case when an every-week starter is a game-time decision, updates will be critical ahead of your first start ’em, sit ’em decision of the week.

The Buccaneers are dealing with a lot of injuries. Buccaneers has ruled out six players.

The Ravens have only ruled out one player, but it is a significant one (defensive lineman Calais Campbell), and eight others are listed as questionable.

The most concerning on the list must be tight end Mark Andrews, who did not participate in practice all week due to a knee injury.

Bateman was a full participant in practice on Wednesday, which was good news regarding the injury report. 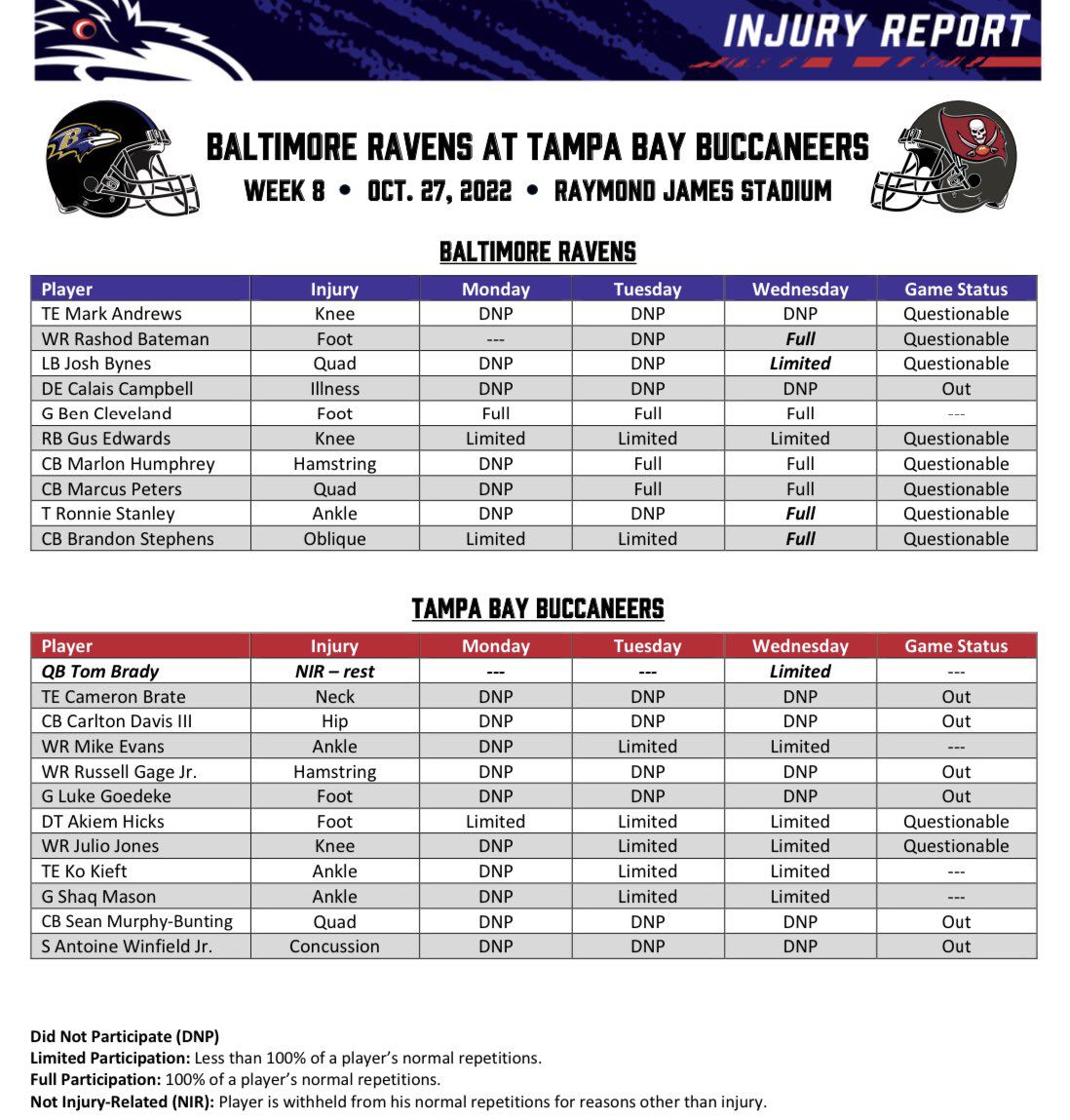