As the playoff picture in fantasy football leagues begins to take shape, contenders are stockpiling assets who could — could — help in the postseason. As a result, players like Deshaun Watson, Jameson Williams, and Odell Beckham Jr., who have yet to play this season, will be among the top Week 12 fantasy waiver picks and free agent additions. 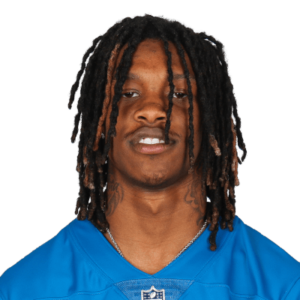 Williams (knee) was activated from the injured list on Monday, giving Detroit 21 days to activate him or he’ll miss the rest of the season.

He’s unlikely to play in Thursday’s Week 12 game, but he could play in Week 13 against the Jaguars.

In Week 14, he’ll face another favorable matchup (Vikings), and after a tough one against the Jets, he’ll have two more above-average matchups against the Panthers and Bears to finish the fantasy season.

OBJ has stated that he will join a team after Thanksgiving and will be ready to play in December.

At this point, it’s difficult to expect OBJ to make a significant fantasy impact, but if he shows up and shows out with his new team, now is the time to stash him.

Even a strong performance in Week 17 could swing the outcome of your league.

We’re showcasing Watson for the second week in a row because time is running out if you want him for the stretch run. He is eligible to return in Week 13 and will start right away.

A rematch with the Texans is a favorable matchup, and Watson’s fantasy playoff schedule against the Saints, Ravens, and Commanders is favorable enough for him to shine if he isn’t too rusty.

MORE: NFL Power Ranking Week 12: Where the Bears stand following their loss to the Falcons

It’s too early to tell if this is a sign of things to come for the rest of the season, but Burks clearly has the tools to be a productive NFL receiver.

He won’t see eight targets every week in Tennessee’s run-heavy offense, but he’s worth stashing just in case this is the start of a breakout.

Keep him on the bench next week against Cincinnati, but keep an eye on his target share.

Cook has only had more than five carries in a game twice this season, but one of those was against Cleveland last week, when he rushed for 86 yards on 11 attempts, a career high.

Because Devin Singletary has been mostly mediocre as Buffalo’s lead back, it’s possible that the rookie’s role will grow in the future.

Cook has some streamer value on Thanksgiving against the Lions, even if he remains nothing more than a valuable handcuff. Cook can be used as a flex in standard leagues.