Week 9 in the NFL didn’t do much to shake things up among the league’s powerhouses, despite the fact that one of them, the Bills, were upset on the road by the Jets. The Eagles are the only undefeated team in the NFC, as teams approach the second half of the season and the start of the playoff races. Below we’ll provide fantasy power ranking for Week 10. 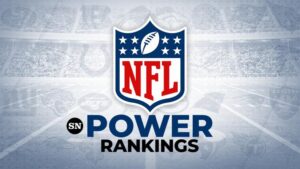 The Eagles were more methodical than dominant in their Week 9 victory over the Texans, but they must save their offensive and defensive firepower for the long haul, with the Super Bowl and an undefeated season being the top priorities, in that order.

Buffalo is also struggling against teams that use the running game against its defense.

The Chiefs didn’t have their best offense against the physical Titans, but they won thanks to Patrick Mahomes’ passing, running, and mental toughness. The defense did arrive in time to stop the run before it was too late.

The Vikings aren’t racking up style points, but they’re doing what they’re supposed to be doing with an offense led by Kirk Cousins, Justin Jefferson, and Dalvin Cook and backed up by timely complementary defense.

Before the bye, the Cowboys put it all together with a healthy Dak Prescott, a strong running game, and a strong defense. They still have work to do to catch the Eagles, but they have improved their mental toughness since their playoff exit.

The Seahawks’ defense continues to improve with each passing week, with Pete Carroll’s fundamentals of pass rush and outside coverage serving as the foundation.

Following their loss to the Seahawks, the Giants were given a bye week. They must find a way to generate more offense in the absence of Daniel Jones and Saquon Barkley. They must also improve their run defense.

Around Lamar Jackson, the Ravens have seen a number of key offensive skill players get hurt. However, they will maintain their run-first identity while complementing it with a comfortable passing game. Their defense is also hitting its stride at the right time.

With Christian McCaffrey in two for what could become the league’s most diverse offense, the 49ers will be happy to be well rested and healthier for the second half of the season. The defense, on the other hand, remains the backbone of another Super Bowl run.

The Chargers’ offensive line, defense, and receiving corps are all injured. They’ve fought hard, though, with Justin Herbert and Austin Ekeler leading the way with timely stops. Brandon Staley is doing an excellent job coaching a shorthanded team.

The Titans did everything they could to win without Ryan Tannehill, starting rookie Malik Willis and relying heavily on physical defense and Derrick Henry. Unfortunately, with both sides having issues with the pass, that combination wasn’t quite enough.

Joe Burrow needed a lot more help from the running game and Joe Mixon after the Cleveland debacle. He got it in spades against Carolina, and it also helped the defense recover.

With their youth-served defensive turnaround and gritty, physical offense based on the running game, the Jets are one of the NFL’s best stories. After losing to the Patriots, beating the Bills was a huge boost to their resume.

When the speed of Tyreek Hill, Jaylen Waddle, and Raheem Mostert complement each other, the Dolphins offense is unstoppable. Despite having Bradley Chubb, the defense is a growing concern after allowing the Bears to explode on them.

The Buccaneers’ offense is still struggling, but their defense had their back against the Rams, and Tom Brady appeared to get the proverbial monkey off his back with that incredible one-minute drill. It will be difficult.

The Patriots are winning ugly again with their running game and defense to get back into the wild-card race, which is probably how Bill Belichick prefers it, especially to divert attention away from Mac Jones’ continued starting quarterback status.

With Taylor Heinicke and the offense struggling against the Vikings, the Commanders were fortunate not to lose more. The defense is improving so that they can play every week.

With Cordarrelle Patterson back, the Falcons did their best to keep up with the Chargers with plenty of run-heavy offense. However, their secondary issues affecting their pass defense may be too much to overcome in the future.

The Saints received a much-needed stellar defensive performance in Week 8 under Dennis Allen, but now face the Jackson challenge at home in Week 9. Andy Dalton is also getting the ball to their best remaining offensive playmakers.

The Browns saved their season by pounding the Bengals in Week 8, and they were rewarded with a much-needed bye to continue improving their defense.

The Packers are officially a bad team this season after losing their fifth straight game, to the Lions of all people, in Detroit. Aaron Rodgers is now dragging things down offensively even more.

Starting Sam Ehlinger at quarterback has added nothing but problems to an offense that has lost Jonathan Taylor due to shaky run blocking and now no downfield passing game. Frank Reich is in trouble because the Colts’ defense isn’t winning enough games.

The Broncos came up with some late offensive answers to win their game in London before the bye, and they’ll look to build on that momentum after the bye. Without Bradley Chubb, defense may be the more pressing issue going forward.

With their depleted and rebuilding defense, the Bears have completely flipped the switch to be a diverse, versatile, and explosive offensive-minded team for the first time in a long time.

The Cardinals’ offense is a shambles, with Kyler Murray off target and frequently under siege behind an injury-ravaged offensive line.

Under Doug Pederson, the Jaguars’ offense has continued to fight and improve, with the young duo of Trevor Lawrence and Travis Etienne Jr. having their best game together in Week 9. Youth also helped the defense spark the comeback against the Raiders.

With help from Aaron Rodgers and the Packers’ offense shooting itself in the foot, the Lions got up to show some defensive roar against the Packers. They might do enough to make Dan Campbell feel better about coaching them into 20223.

The Steelers had a bye week to regroup after a rare rebuilding and first-year losing season under Mike Tomlin.

The Raiders blew their third 17-point lead of the season when they went cold after allowing the Jaguars to come all the way back in Jacksonville.

The Panthers squandered all of their positive energy from beating the Buccaneers and pushing the Falcons by failing to show up until the second half against the Bengals.

The Texans have some promising rookies, including running back Dameon Pierce and cornerback Derek Stingley Jr., but their biggest problems are second-year quarterback Davis Mills and an abysmal run defense. They’re on their way to a high pick to replace Mills.