We’ll go over these players’ injuries (Dwayne Washington, James Conner and Zamir White) and how they affect the week 18 landscape below. Let’s get started. 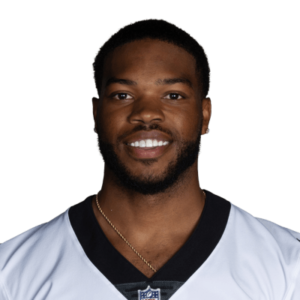 UPDATE (Jan. 05): Washington (illness) has been placed on the reserve/non-football illness list, according to Aaron Wilson of KPRC 2 Houston.

UPDATE: He is ruled out for the next game.

Washington (illness) has been ruled out of Sunday’s game against the Eagles, according to ESPN.com’s Katherine Terrell.

According to Terrin Waack of The New Orleans Times-Picayune, Washington has been unable to practice for the last three weeks due to a migraine. The running back’s availability for the Saints’ regular-season finale in Week 18 is unknown.

UPDATE (Jan. 08): James Conner (shin/knee) is out for Sunday’s game against the 49ers, according to Tyler Drake of ArizonaSports.com.

UPDATE (Jan. 05): James Conner (knee/shin) did not participate in Wednesday’s walkthrough, according to Darren Urban of the Cardinals’ official website.

According to Josh Weinfuss of ESPN.com, head coach Kliff Kingsbury stated on Monday that Conner (shin) is day-to-day.

Conner left Atlanta’s Week 17 loss in the fourth quarter with a shin injury, but Kingsbury said the problem was “nothing major” and that X-rays were negative.

The 2017 third-round pick’s participation in practice should be closely monitored, but he appears to be on track ahead of Arizona’s season finale against San Francisco on Sunday.

MORE: Damar Hamlin was ‘seriously’ injured, the Bills will return to Buffalo

UPDATE: White is not taking part in the next match.

White (ankle) will not play against the 49ers on Sunday.

With White still out, Ameer Abdullah, Brandon Bolden, and Brittain Brown are available to fill in for starter Josh Jacobs in the backfield in Week 17. White will thus aim for a return to action against the Chiefs next weekend.