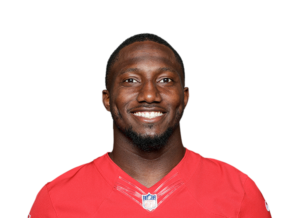 UPDATE (DEC. 31): According to ESPN.com’s Nick Wagoner, Samuel (knee) did not appear to do much during the early portion of Friday’s practice.

The San Francisco 49ers’ head coach, Kyle Shanahan, told reporters on Monday that Deebo Samuel’s ankle and knee are healing well and that he may be able to return to practice this week.

Samuel last played in Week 14 against the Buccaneers, so if he does return in Week 17, he will be right on schedule, according to early reports.

Samuel could make a comeback over the fantasy football championship weekend. There’s some potentially exciting news on the way.

Many people failed to report Jamaal Williams’ absence from the Lions’ Week 16 game.

The Lions’ starting running back was D’Andre Swift, with Justin Jackson serving as the backup.

Following his third consecutive poor fantasy performance, Williams played a season-low 24% of the snaps. Keep an eye on the Lions’ practice reports this week because Williams’ status is uncertain.

UPDATE (DEC. 31): Lockett (hand) intends to play against the Jets on Sunday, though he acknowledged on Friday that the final decision will be made by coaches and trainers, according to Curtis Crabtree of Fox 13 Seattle.

The Seahawks offense struggled without Tyler Lockett on the field on Sunday, but it’s possible that’s the only game he misses.

Before his team’s game this week, head coach Pete Carroll stated that Lockett could return from surgery after only one absence. We’ll see if that’s just lip service, but keep an eye on the Seahawks practice report on Wednesday.

UPDATE (DEC. 31): Harris (thigh/personal) practiced fully Friday and is listed as questionable for Sunday’s game against the Dolphins, according to Evan Lazar of the Patriots’ official website.

Harris is nearing a return to the field, but he was unable to do so in Week 16 due to the same thigh injury that has kept him out for so long.

Harris was supposed to play in Week 16 in case of an emergency, but that did not happen. He could return in Week 17, but keep an eye on practice reports, which will be released starting Wednesday.