Draymond Green of the Golden State Warriors said he was in a “very bad mental space” when he punched Jordan Poole during a practice Wednesday, but that there was no excuse for his actions. 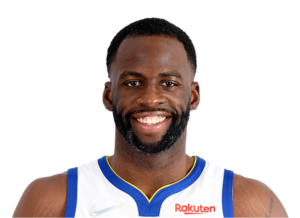 After reports of the fight began to circulate, many questions remained unanswered, until TMZ released video of the incident, which showed the two going chest-to-chest at a practice, Poole shoved Green, and Green responded with a right hook.

TMZ has revealed what is said to have occurred — and what was said — between the two prior to the punch being thrown.

So according TMZ, Green called Poole a “b*tch” several times during practice on Wednesday because Poole called fouls while the team scrimmaged. They then got into a fight over some chirping between friends.

This frustrated a number of teammates, including Green, who is eligible for an extension.

The Warriors have yet to publicly punish Green for his role in the Wednesday altercation, either by suspension or fine, but Green has stated that he will spend an indefinite amount of time away to allow his teammates to “heal” and himself to refocus.

Green admitted at a news conference on Saturday, calling the punch a “huge mistake” and apologizing to the Warriors, his teammates, and Poole’s family.

Draymond Green apologized and said he would be away from the Golden State Warriors for “a few days” after video surfaced of him punching teammate Jordan Poole during practice.

According to Warriors Coach Steve Kerr, Green’s departure from the team was a “mutual decision” between the organization and the player, and there was “no set date” for a return.

Kerr refused to say what it would take for Green to be allowed back on the team, and when asked if the situation had affected his faith in Green, he said, “no comment.”

“I am a very flawed human being,” he admitted, adding that he was eager to “do the work” to better himself. When asked what that process would entail, he remained evasive.

“I hurt someone because I was in a bad place,” Draymond Green talk.