This Tuesday, the Mavericks taking on the Clippers in the Western Conference battle. The Mavs aim for their second straight victory over LA after beating the Clippers 103-101 in their first meeting of the season back in November. 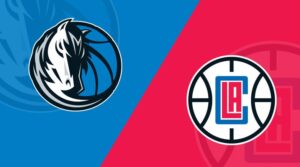 UPDATE: The status of superstar Luka Doncic (ankle) for Tuesday’s game against the Los Angeles Clippers has been changed to “probable.”

The latest injury report indicates that the Mavericks’ star player will return to action soon. Luka Doncic’s availability for Tuesday’s matchup with the Clippers has been raised from “questionable” to “probable.”

Tomer Azarly of ClutchPoints.com relays that Paul George (hamstring) will not play on Tuesday against Dallas.

George’s right hamstring injury will force him to sit out for a third straight game. Expect Nicolas Batum and Terance Mann to get more playing time with Luke Kennard (calf) also out.

Since Paul George was sidelined with a hamstring injury, the Clippers counted on Leonard to keep them in the game.

So long as Leonard and George can avoid injury, the Clippers have a good chance of turning things around, and if George is unable to play on Tuesday against the Mavericks, Leonard will likely start in George’s place.

Luka Doncic’s status for tonight’s game is in doubt due to an ankle injury.

Doncic’s status for Tuesday’s game is uncertain after he missed Sunday’s action with a sore left ankle. This season, the MVP candidate’s four absences have all occurred in the second game of a back-to-back set, so barring a sudden deterioration, we can expect to see him back in action on Sunday against the Los Angeles Clippers.