After a nearly month-long absence, Cam Akers returned to practice on Friday, and Rams coach Sean McVay discussed the running back’s availability for Week 9 against the Buccaneers. 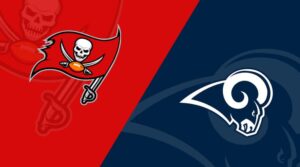 You can read also: Are Cameron Payne and Deandre Ayton playing vs Blazers? Injury update Suns

Akers had been absent from the team since Oct. 9 as the team attempted to trade him before Tuesday’s trade deadline following reports that he and McVay had a falling out over “philosophical and football-related differences.”

McVay was asked before Friday’s practice if Akers, who had a full practice on Thursday, would be in the lineup on Sunday, prompting the coach to reveal that the team had not yet decided on his status.

“Just seeing how he feels physically, and then just looking at his ability to digest everything.” McVay elaborated.

“We’re a better team when he ends up being the guy that we know, sometimes you’ve got to be able to work through things and have good conversations. … The most important thing for us is he’s back.”

Since announcing Akers’ absence prior to Week 6 on Oct. 14, McVay has remained tight-lipped about the situation, saying the 23-year-old was “working through some things.”

He declined to address the previous weeks’ issues and events directly, but he did express his delight at having Akers back in the fold.

As of Friday, Akers was not listed on the Rams’ final injury report for Sunday’s game.

While it is unclear what role Akers will play as the season progresses, the promising back appears ready to resume his promising career as soon as possible.