Due to injury, 5 players from both clubs have been taken off the roster for this week.

Bengals vs. Falcons Injury Report Week 7: Some good news, and some not-so-good news 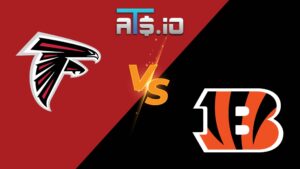 The Cincinnati Bengals have unluckily been plagued by injuries lately.

We have more information about who will play Sunday when the Atlanta Falcons visit thanks to the team’s injury report from Friday.

Wide receiver Ja’Marr Chase was possibly the most worrying name to appear on the list during the week. Chase, however, battled through his hip issue on Friday after participating in practice just partially on Wednesday and Thursday.

The injured Alex Cappa returned to practice and is now able to play. This season, Cappa has not missed a single snap. It is fantastic news that he will play at this time as the offensive line is starting to gel.

Wideout Stanley Morgan (hamstring) is questionable to play after missing practice on Thursday and Friday.

Josh Tupou (calf), Jeff Gunter (knee), and Logan Wilson (shoulder) were unable to practice this week and are now considered out. The squad would “shield (Wilson) from himself,” according to Taylor. I’m hoping he comes back as soon as possible.

The injury report provided better news for the Falcons. Five of their seven named players took part fully in practice on Friday, so they should be fine for Sunday.

The two absentees were ruled out of the game. Atlanta will be without backup defensive back Dee Alford (hamstring) and backup receiver Jared Bernhardt (groin). 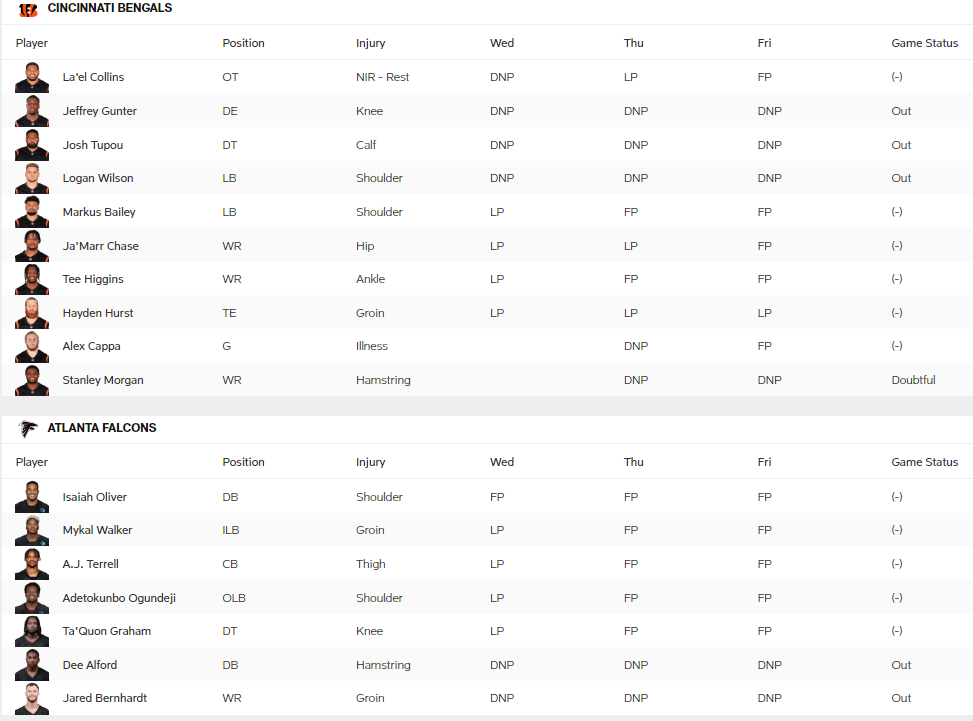 The inactive report will show the most of the problems, but we’ll also see how limited some of the players are even if they are able to play on Sunday. It will be possible to access that inactive report 90 minutes before to kickoff.