The New Orleans Pelicans will host the Golden State Warriors in their only home game after six road games. Can the Pels win at home against the defending champions before hitting the road again?

Are Zion Williamson and Brandon Ingram playing vs Warriors 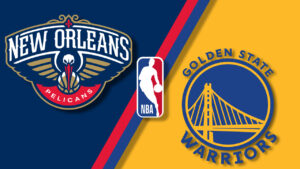 This is an excellent opportunity to catch the Warriors, but the Pels must play with 48 minutes of energy, which they did not do against the Lakers.

I expect Zion Williamson and Jonas Valanciunas to dominate the Warriors’ front court and the Pels to win regardless of whether Ingram and Jones play.

Kira Lewis Jr. remains out for New Orleans, but Brandon Ingram and Herbert Jones have been upgraded to probable for tonight’s game against Golden State.

Brandon Ingram has been out with a concussion, but he is expected to play against the Golden State Warriors on Friday night.

Ingram’s stability and scoring will be critical for a Pelicans team that expects to make a serious playoff push this season.

New Orleans believes that with a healthy Zion Williamson, they can be one of the better teams in the Western Conference. If Ingram does return on Friday, it will be a good litmus test for the Pelicans to see how they stack up against the defending champions.

There is no current word on whether Ingram will be limited to a certain number of minutes in his first game back, but with him listed as probable, the expectation is that he will play.

The Warriors have struggled this season, going 3-6 after losing four in a row, three of which came against NBA bottom feeders in Charlotte, Detroit, and Orlando.

The Warriors have recently been a one-man show, with Stephen Curry putting up big numbers while everyone else struggles. If the Pels can slow him down, I think they have a good chance to win this one because they should have a significant advantage in the paint.

Andre Iguodala and Donte DiVincenzo will be out for the Warriors.