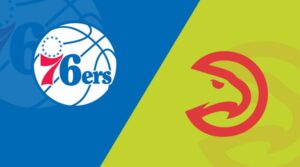 To avenge their loss to Charlotte, the 76ers defeated the Magic in their most recent game. They’ll try to keep the momentum going by defeating the Hawks for the second time in a row.

According to ESPN’s Adrian Wojnarowski, Tyrese Maxey (foot) will be out three to four weeks due to a small fracture in his left foot.

Joel Embiid (foot) is a game-time decision for Monday’s game against the Hawks.

Embiid missed his fourth straight game on Sunday due to a left foot sprain. Embiid will make his next appearance against the Hawks on Monday. In his absence, Montrezl Harrell and Paul Reed should continue to see extended frontcourt minutes.

Matisse Thybulle’s left ankle injury will keep him out of the game for the time being. This season, he’s struggled to find a role and hasn’t played in double figures since November 13. His presence has little effect on the rotation at this point.

P.J. Tucker is listed as questionable for Monday’s game against the Hawks, with Georges Niang and Paul Reed expected to see more playing time if Tucker is unable to play.

The Hawks were defeated by the Rockets in their most recent game after defeating Sacramento. They will attempt to avenge their defeat by defeating the 76ers, which would be their second win in three games.

Atlanta’s defense has struggled, allowing 114.7 points per game. They gave up 128 points in their previous game and will need to improve to win this one.

Clint Capela had been listed as a game-time call due to dental pain, an injury that had already kept him out of Friday’s game against the Rockets, and the big man is now set to miss a second straight game.