The Memphis Grizzlies (7-3) will play the Boston Celtics (6-3) at FedEx Forum on Nov. 7 in the second night of a back-to-back to complete a three-game homestand. The Grizzlies, who struggled to beat a Washington Wizards team missing their best player last night, will face an extremely disciplined Celtics team. 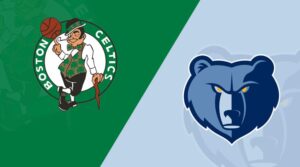 The Celtics are coming off a huge 133-118 win over the New York Knicks at Madison Square Garden, while the Grizzlies defeated the Bradley Beal-less Wizards last night.

The Grizzlies aren’t sure if big man Steven Adams will play after injuring his foot or ankle during the Wizards game. He only missed a quarter and a half of the game and returned about halfway through the fourth quarter to help the Memphis Grizzlies win.

Jackson (foot) has started some 3-on-3 practice and is in good shape. He has yet to participate in 5-on-5 drills, but he is nearing that point in his recovery. Although his return date remains set for the end of 2022, the fact that he is making good progress is encouraging.

Luke Kornet will miss his second straight game due to a personal matter. Prior to his departure, the 7-foot-2 big man had been a part of the Boston rotation, averaging 12.2 minutes per game in his last six games.

Williams (knee) has gotten back on the court over the past couple of weeks and has even resumed dunking, Jay King of The Athletic reports.