The Los Angeles Lakers will take on the Sacramento Kings on Friday without superstar LeBron James, who injured his knee on Wednesday.

So, how serious is LeBron James’ injury? 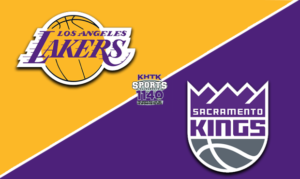 The Lakers have had a disastrous start to the season, going 0-2 with James playing in every game.

According to Los Angeles Lakers head coach Darvin Ham, an MRI on Thursday revealed that LeBron James has a strained left adductor. Going forward, he will be considered day-to-day and will be listed as doubtful for Friday’s home game against the Sacramento Kings.

If the team decides to rest James, the offensive burden will fall squarely on Anthony Davis and Russell Westbrook, especially when it comes to determining matchups.

Westbrook has performed much better as a reserve this season, so head coach Darvin Ham may choose to keep him as a sixth man even if LeBron James is forced to miss time due to the groin injury he suffered in Wednesday’s loss.

Anthony Davis is questionable for Friday’s game against the Kings due to lower back tightness.

After missing Wednesday’s game against the Clippers, Lonnie Walker was able to participate in Thursday’s practice and is listed as questionable for Friday’s game.

Because there have been no reported injuries, the Kings will almost certainly field their strongest lineup.