A pair of Eastern Conference teams that entered the weekend on the outside looking in battle in Buzz City. On Saturday night, the Brooklyn Nets will travel to Charlotte to face the Hornets. 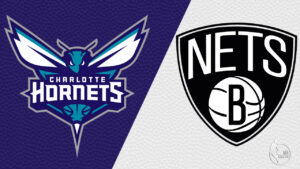 Charlotte was in action on the road against Memphis on Friday night, so they are also playing the second game of a back-to-back.

The Hornets were defeated 106-88 on the road by the same Bulls team in their most recent game.

LaMelo Ball (ankle) has yet to play this season and has been ruled out. He doesn’t have a set return date, so he’s unlikely to speak here.

Hayward (shoulder) is out against the Grizzlies on Friday, while Martin (quad) and Rozier (ankle) are questionable.

According to head coach Steve Clifford, as reported by Rod Boone of The Charlotte Observer, Ball, Rozier, and Martin are all on the verge of returning after missing significant time at the start of the season. In fact, it appears that the three injured players have all recovered and that the Hornets are simply being cautious to avoid any setbacks when they return to action.

T.J. Warren is still on the mend after two foot surgeries. His status will be re-evaluated in November, according to the team.

Simmons (knee) has been ruled out of the last two games, including the game against Washington on Friday.

Meanwhile, the team suspended Irving for at least five games on November 3 for comments made last week. Due to the five-game minimum suspension, his earliest return date would be November 13 against the Lakers.