Injury status of Jaylen Brown and Malcolm Brogdon for Celtics vs. Bulls game 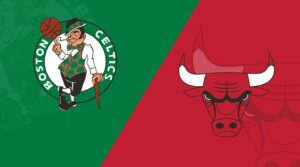 In this game, Brogdon contributed in a variety of ways, but he wasn’t particularly efficient with the ball.

He may be rusty after more than a week on the bench, but he should remain an important backcourt player while Marcus Smart (ankle) is out. Derrick White appears to have surpassed Smart for starting duties at point guard.

Jaylen Brown led the Celtics in scoring and rebounding on Friday, falling three assists short of a triple-double.

Brown matched his season high in rebounds, and for the third time this season, he scored at least 20 points with five or more rebounds and five or more assists.

Both Celtics players are expected to play on Monday night.

Kostas Antetokounmpo (illness) did not play in Saturday’s game in Sioux Falls and will be OUT again on Monday for the Chicago Bulls.

Antetokounmpo has missed the last two games due to an illness that has not been identified. Windy City is not scheduled to play again until November 26, when he may be able to return.