A pair of Eastern Conference teams compete for a win north of the border. The Miami Heat are on the road, traveling to Toronto on Wednesday night to face the Raptors. On October 24, Toronto defeated New York 98-90 on the road. 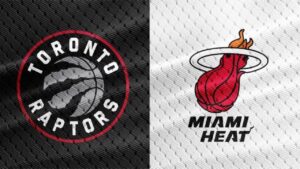 Before upsetting the Pistons on the road Monday night, the Toronto Raptors had lost two straight and four of six games.

Pascal Siakam is not playing against the Heat.

Fred VanVleet (illness) is listed as questionable for the Heat game on Wednesday.

VanVleet’s status will be updated again on game day, but it is a slight improvement over his immediate out status for Monday’s game.

Otto Porter will miss Wednesday’s game against the Heat due to a toe dislocation in his left foot.

According to Blake Murphy of The Athletic, Gary Trent (hip) is listed as questionable for Wednesday’s game against the Heat.

The Miami Heat had to wait until the final second to beat the Phoenix Suns at home for their third consecutive victory. On Tuesday, the Heat improved to 7-7 overall and third in the Southeast Division.

Due to personal obligations, Udonis Haslem continues to miss games. However, the player-coach has only appeared in two games this season for a total of 10 minutes, so his absence should have no impact on Miami’s rotation.

Dewayne Dedmon (foot) is questionable for the game against Toronto on Wednesday.

Omer Yurtseven has been sidelined indefinitely following successful surgery on Tuesday to address an impingement, bone spur, and stress reaction in his left ankle.

Tyler Herro (ankle) did not accompany the team to Toronto for Wednesday’s game against the Raptors.