After a great in-bounds pass from Justise Winslow, Jerami Grant hit a 13-foot baseline jumper at the buzzer to lift the Trail Blazers over the Phoenix Suns 108-106 on Friday night. 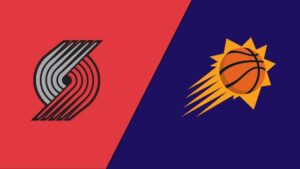 Deandre Ayton of the Phoenix Suns appears to have recovered from an ankle sprain in time for this weekend’s “back-to-back” baseball series against the Portland Trail Blazers.

According to Williams, Ayton fully participated in Thursday’s practice. After suffering a left ankle sprain against New Orleans last Friday, Ayton was scheduled for a re-evaluation a week later.

“We’ll see,” Williams said after Thursday’s practice. “He went through a good practice today, but we’ll see how he responds to the practice. We don’t have like a definitive answer just yet.”

According to Sean Highkin of RoseGardenReport.com:

Anfernee Simons is questionable for Friday’s game against Phoenix due to left foot inflammation.

Gary Payton (abdomen) will not play until November 15th.

Damian Lillard (calf) will not play against the Suns on Friday.

Watford is questionable for Friday’s game.