The New Orleans Pelicans will play the Phoenix Suns on Friday night in Arizona. They may be without one of their best players is Zion Williamson for the game. Brandon Ingram and Zion Williamson were both injured during the New Orleans Pelicans’ game against the Utah Jazz on Sunday. Fortunately, no one was seriously injured.

Ingram suffered a concussion during the first quarter of the game and was placed in the NBA’s concussion protocol.

After colliding with teammate Naji Marshall while racing back on defense to stop a Jazz fastbreak, Ingram suffered a concussion.

Ingram was forced to miss at least one game due to the NBA’s concussion protocol, which requires players to wait 24 hours before beginning the return-to-participation process. He seems to be missing much more than that.

According to head coach Willie Green, New Orleans Pelicans star Zion Williamson took part in limited practice on Thursday and will be listed as questionable for the team’s next game against the Phoenix Suns on Friday night. Williamson has been out with a hip contusion since a scary fall against the Utah Jazz last weekend.

Zion Williamson was diagnosed with a posterior hip contusion after averaging 22 points and seven rebounds in three games.

Given Zion’s history of injuries in his first few seasons, it’s not surprising that the Pelicans will be cautious with him in the coming games.

Read also: Updates on Clippers star Kawhi Leonard (knee injury), including how long he will be out and when he will return. 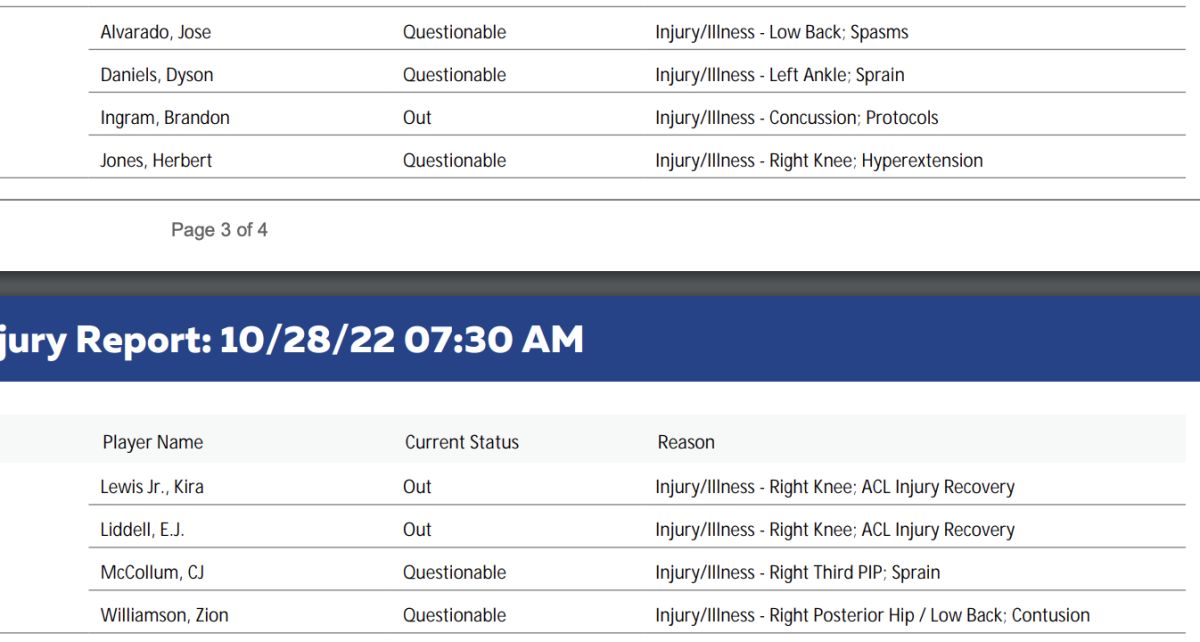 The Suns enter the game against the Pelicans having gone 3-1 in their first four games. Only Ish Wainright OUT.

They recently defeated the (defending NBA Champion) Golden State Warriors by a score of 134-105.